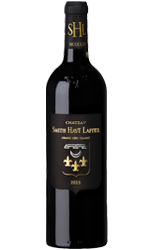 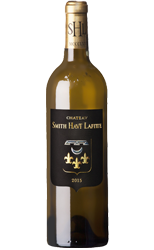 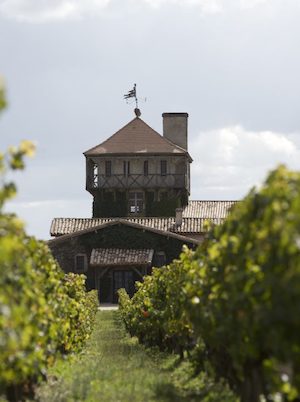 The noble Bosq family started growing grapes here as early as 1365. The property was purchased in the 18th century by Scotsman George Smith, who gave the estate its present name. He also built the manor house and exported his – by now famous – wine to England on his own ships. In 1842, Mr. Duffour-Dubergier, Mayor of Bordeaux and an enthusiastic winegrower, inherited Château Smith Haut Lafitte from his mother and brought the wine up to great growth status. Impressed by Smith Haut Lafitte’s excellent quality, the Louis Eschenauer company distributed the wine all over the world starting in the early 20th century, deciding to buy the estate in 1958. After the Eschenaueur period came to an end, a great deal of money has been invested in the estate, particularly on the construction of a superb underground cellar holding over 1,000 barrels. In 1990, Daniel Cathiard fell in love with the property and joined the list of prestigious owners, firmly intending to further enhance Smith Haut Lafitte’s tradition of excellence. He combined the most modern winemaking techniques and age-old methods: organic compost, small wooden vats, ageing on the lees in barrel, etc. Famous around the world for its wonderfully elegant red wine and the sophisticated bouquet of its white wine, Smith Haut Lafitte undoubtedly deserves the special care that is lavished on it.

Environmental Approach : 78 Ha in responsible farming conversion, of which 50 Ha in biodynamic farming