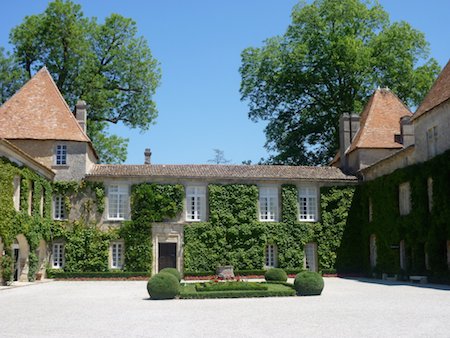 In 1786, Thomas Jefferson, the future president of the United States, a gastronome and great wine lover went on a grand tour of France to discover its vineyards. In Bordeaux he selected a few famous estates and his diary shows that he came to Carbonnieux to taste the “Wine of the Odalisques” as it was then called in the United States. Thomas Jefferson also left his mark by planting an American pecan tree in the Château park. This tree, over two centuries old, still takes pride of place in the inner courtyard today. After the suffering of two World Wars, Bordeaux viticulture had reached its lowest ebb. There was a terrible frost in the winter of 1956 and it was in this same year that Marc Perrin who had bought the estate, set to work on the renovation of the château and its vineyard. He first started a significant replanting campaign that took the estate to 45 hectares in 1970 then to 70 hectares in 1980, to reach almost 95 hectares today. His son, Antony, built a new fermentation cellar and modernized the cellars to adapt to new vinification methods. He continued the restoration of the château and the vineyards and focused on increasing the renown of Carbonnieux and Bordeaux wines throughout the world. He was president of the “Union of Grands Crus de Bordeaux”, president of the “Crus Classés de Graves” as well as being one of the forerunners of the Pessac-Léognan appellation, created in 1987. He also purchased new estates in the appellation: Château Le Sartre and Bois Martin which today belong to his sister. Over the years he passed on the family winemaking heritage and his skills to his children Eric, Christine and Philibert Perrin. Today the torch has been passed on to them and once again the estate has reached a peak.