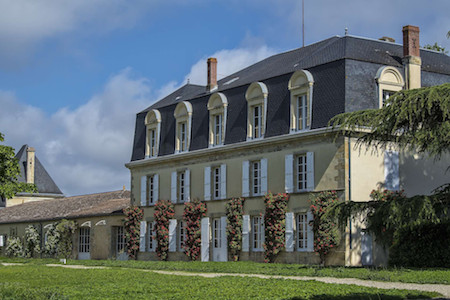 The ” Noble House of Bayle ” used to be estate’s name when it belonged to the Mons Saint-Poly family. A notarial deed dated 22 February 1766 reveals that Pierre Guiraud, a Bordeaux merchant of Protestant faith, bought it for 53,000 livres. On his death in 1799 his son Louis succeeded him. It was under Louis Guiraud that the estate was saved from a severe devaluation which had begun in 1793, becoming a famous château well known for its wine. On his death in 1837, his son Pierre-Aman inherited a well-established property, with a value estimated at 250,00 livres.

Within 80 years and three generations, various families succeeded each other as owners of the estate. The legend was born in1855 when Château Guiraud became a Premier Grand Cru de Sauternes. During a dinner in early 2006, Robert Peugeot, an industrialist, and three wine makers, Olivier Bernard of Domaine de Chevalier, Stephan Von Neipperg of Château Canon La Gaffelière and Xavier Planty, the estate’s director, decided to buy Guiraud. They signed a purchase contract on 20 July 2006 thereby uniting their shared passion for wine, gastronomy, nature and hunting.