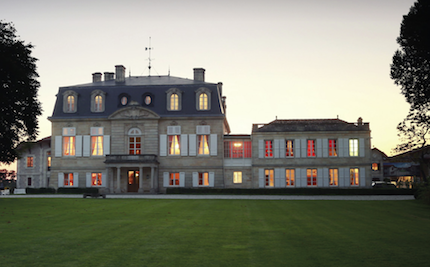 Jean-François de Pontet had made a name for himself at the court in Versailles, where he had held the position of Grand Ecuyer (Master of the Horse) to Louis XV. Upon his return to Guyenne, he became Governor of the Médoc. In 1705, he purchased a few acres of land to the north of the village of Pauillac, which he turned into a vineyard. A few years later, he added several parcels in a place called Canet. As was the custom at the time, he added his own name to that of his land in order to give his estate a recognisable identity. A century later, Château Pontet-Canet was flourishing and became one of the select few to join the famous 1855 classification, which had been ordered by Napoleon III. In 1865, the estate changed hands for the first time and became the property of a wine merchant, Herman Cruse. The Cruse family kept the estate for 110 years, until 1975, when it was acquired by Guy Tesseron, a cognac merchant. Over the course of three centuries, Château Pontet-Canet has known only three owners, three families… A rarity indeed in the Médoc. Forget everything, start afresh and erase old habits in order to re-connect with nature, be born anew …
Alfred Tesseron and his team, led by Jean-Michel Comme, Pontet-Canet’s régisseur (estate manager) since 1989, have completely transformed both the vineyard and the identity of Château Pontet-Canet. Leaving behind conventional vinegrowing techniques in order to embrace organic and biodynamic methods, they have allowed the terroir to reclaim its origins; the vines seem liberated and the grapes have never been more beautiful. The wines of Pontet-Canet have progressed so much that they are now among the most prestigious in Bordeaux. The family’s avowed ambition is to pass on the history of Château Pontet-Canet and secure its future. Today, it is Guy Tesseron’s descendants who own the estate: Alfred and his nieces Mélanie and Philippine, daughters of his late brother Gérard. Together, they have the same outlook. Alfred shares his vision of the estate with Mélanie, passing on to her its traditions, his outlook on vinegrowing and his passion for wine. The future looks bright… A shared state of mind and a particular sensitivity are the key factors which have propelled Château PontetCanet to the summit of Bordeaux wines in recent years. They are the expression of the Tesseron family’s quiet determination to ensure continuity over the long term.