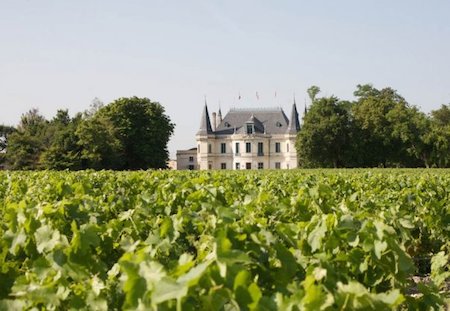 In 1814, as the Napoleonic era came to an end, Major General Palmer of the British army acquired the property that was to bear his name, from a certain Jeanne de Gasq. Over the next four decades, the General invested his fortune in Palmer, extending the property by buying plots of neighbouring vineyards and creating a truly exceptional wine. By the time Palmer was sold to the Péreire banking brothers in 1853, it was a fitting testimony to the General’s passion and commitment to exceptional winemaking. The new owners were no less remarkable. These far-sighted 19th century entrepreneurs participated in the reconstruction of Paris under the direction of Haussmann and Napoleon III, the creation of a seaside resort near Bordeaux – Arcachon – and the ownership of a railway company. In addition, they invested heavily in Chateau Palmer, commissioning renowned architect Burguet in 1856 to build the elegant Cháteau distinguished by its unmistakable towers.