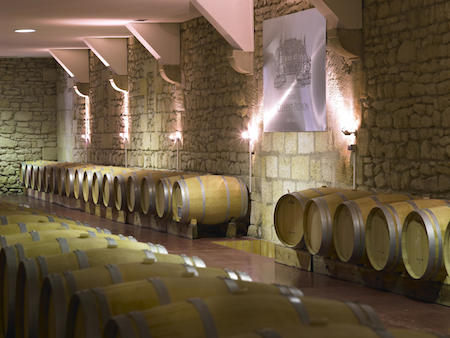 Situated just outside Bordeaux, in the south of the Médoc region, the History of Château Clément-Pichon goes back to the XIVth century. From 1601 to 1880, the Château belonged to the Pichon family, of which several members played an important role in the history of Bordeaux. Throughout this period, the estate expanded, covering over 1000 hectares. History also recounts that King Louis XIV came twice to hunt on its land, in 1659 and in 1660. In 1881, after a fire, the estate was rebuilt by the Durand-Dassier family, the then owner of the property. Architect Michel Louis Garros, known for his use of eclectic ancient style, built the Renaissance-inspired residence. This magnificent building is one of the biggest châteaux in the Médoc. The estate was acquired by Clément Fayat in 1976. He completely replanted the 25 hectares of vineyard, giving back the Château its prestige. In memory of the Pichon family who established the history of the estate and in tribute to his wife whose maiden name is identical to his own first name, the Château was renamed Château Clément-Pichon by Fayat in 1985.