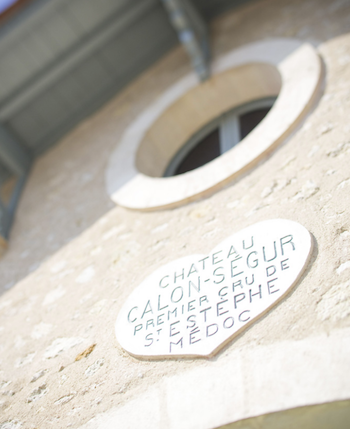 Perhaps because it is one of the oldest estates in the Médoc, or perhaps because its most emblematic owner, the Marquis de Ségur, built an absolute legend around Calon. Historians date the origins of Calon back to the Gallo-Roman era. Its name is derived from the term “calones”, which were small transport boats that travelled up and down the Gironde estuary. Wine growing at the estate can be traced back to the 12th century, but it was in the 18th century, at the time of Nicolas
Alexandre the Marquis de Ségur, who also owned Latour, Lafite and Mouton, that the finest chapter of the property’s history was written. Calon thereafter was to be known as Calon Ségur. The estate acquired the rank of Third Classified Growth in the famous 1855 classification. From 1894 to 2012, Calon’s owners, the Gasqueton family, preserved the estate’s identity with sobriety and elegance. Today, Château Calon Ségur and Château Capbern Gasqueton, are owned by the Suravenir company, subsidiary of the banking group Crédit Mutuel Arkéa headed by Jean-Pierre Denis. The insurance company joined forces with the Videlot group. Together, they are leading an extensive programme of renovation, which will at the same time carefully preserve the estate’s historic values. Château Calon Ségur’s wonderful heritage is in safe hands.