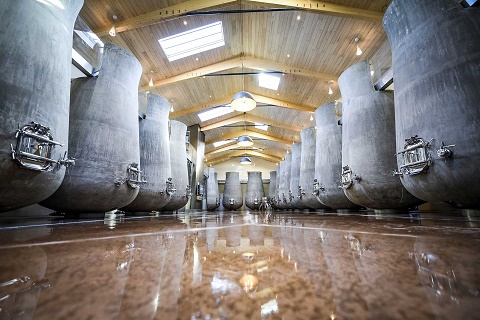 Beauregard’s history dates back to the 11th century and the Order of the Knights of the Hospital of Saint John of Jerusalem, from which Beauregard’s emblematic Knights Templar cross originates. The knights were active in the Pomerol region, owned a small manor, and already farmed these lands. It was on this site, five centuries later, that the Beauregard family built the first house, which was replaced during the Napoleonic era by the present château -a magnificent Gironde chartreuse, created by a pupil of Victor Louis, the architect of Bordeaux’s Grand Théâtre. Which opens out onto a terrace with two dovecotes overlooking a moat and beautiful grounds. This residence inspired the Guggenheim family, who subsequently built a copy of it at Port Washington on the Long Island peninsular and named it “Mille-Fleurs”. It was in the middle of the 18th century that Beauregard changed from a mixed farming estate to a vine-growing property. Decade after decade, successive owners contributed to its development and towards its rank as one of the best wines in Pomerol.