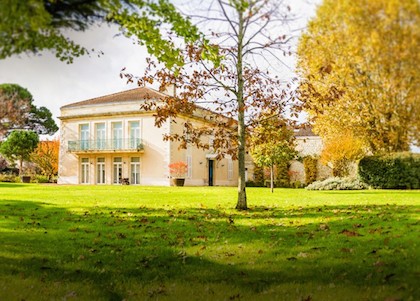 Although there are records of the Bages territory as far back as the 16th century, the history of wine production in the area really began in the 18th century. From 1749 to 1824, the vineyard was owned by
Thomas Lynch, the son of an Irishman from Galway who worked as a merchant in Bordeaux. Thomas Lynch managed the land wisely and produced high quality wines under the name of ”Cru de Lynch”. As part of the prestigious 1855 Classification, for the Exposition Universelle de Paris, his wine would soon be classified as one of the fifth growths. In the heart of the Médoc on the banks of the estuary, Pauillac (Gironde, France) has been the true birthplace of Grand Cru Classé wines since 1855. The Lynch-Bages vineyards are planted across 100 hectares in the region. Its enjoys a mild climate, homogeneous geology and a topography of well-defined outcrops in the South and South-West of the town. These factors all contribute to bringing Lynch-Bages’ soils their warmth and excellent natural drainage towards the river which ensures optimum water supply to the vines. At Lynch-Bages, although the key stages take place in the vineyard with Franck Debrais and his team, the utmost care and attention is given to all stages of the winemaking process, from the sorting of the grapes in the vineyard up until their fining in the calm and dimmed environment of the cellars.